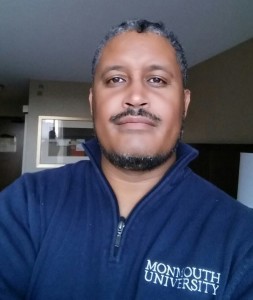 The following list was compiled by Dr. Walter Greason, who is the author of The American Economy, a collection of documents and essays on the economic history of the United States (Kendall Hunt, 2016). He currently teaches economic history at Monmouth University in West Long Branch, NJ. Dr. Greason is the founder of the International Center of Metropolitan Growth, a firm that publishes economic reports for states, municipalities, non-profit organizations, and small businesses around the world. His most recent book, Suburban Erasure: How the Suburbs Ended the Civil Rights Movement in New Jersey, documents forgotten chapters in the northern Civil Rights Movement, while explaining the failure of racial integration to address economic inequality. In 2011, Dr. Greason won a grant from the Mellon Foundation for his innovative pedagogy, earning him recognition as an International Master Teacher. You can follow him on Twitter @WorldProfessor

The most recent success in the emerging industry of multi-platform entertainment is “Captain America: Civil War.” The film focused on the painful sacrifices related to friendship and family, but the star character that emerged from the story was T’Challa, the Black Panther, Marvel Entertainment’s first black superhero. He first appears in the print narrative in 1966, the same year that the Black Panther Party began. The two events were unrelated; though Marvel considered changing the character’s name after the activist organization became controversial in the eyes of white Americans. For the first two decades of the fictional Black Panther’s existence, his stories reinforced a peripheral, exotic notion of the African continent with occasional political commentary to condemn Apartheid South Africa or the Ku Klux Klan.

Only after Christopher Priest reinvented the character in 1998 did T’Challa become a central figure in the Marvel Universe. For Priest, the Black Panther was the symbol of political and economic strength among a generation of heroes whose compromised values reflected the confusion of the United States in a world emerging from a Cold War. Later writers like Dwayne McDuffie and Reginald Hudlin built on this foundation, establishing T’Challa as a representative of a transcendent, pan-African nation whose past, present, and future stood untarnished by a thousand years of cultural conflict in the surrounding world. For these writers and the audiences that supported them, T’Challa’s nation – Wakanda – was a black utopia.

They seized the vacuous space provided by the white writers and editors of Marvel comics and imagined a place where black identity and the African diaspora were the pinnacles of human civilization. This project – the re-imagining of space and place in the racial context of Western civilization – has antecedents in the United States that stretch back to the foundations of the republic. Activists like Mary McLeod Bethune, Fannie Lou Hamer, and Lillie Hendry all understood the power to invest a space, a time, and a location with a cultural power that would inspire future generations. Sacrifice marks space, creating place, and changing history. This tradition defines how the fictional Black Panther seized the world’s imagination and invited the world to visit Wakanda in 2018. T’Challa emerged as the fictional representation of those countless dreams denied; the unbroken manhood that Ossie Davis famously invoked after the assassination of Malcolm X. Wakanda symbolized the dreams of black utopias like Ethiopia and South Africa that had grown as the Black Freedom Struggle grew over the twentieth century.

In this moment when superheroes become a way to explore contemporary anxieties about activism and authority, the Black Panther provides an opportunity for global audiences to study the traditions of black nationalism, Pan-Africanism, and the variety of African indigenous cultures. Dr. Walter Greason (Monmouth University) took a few minutes to suggest a collaborative exploration of these influences on Twitter (@worldprofessor). He posted the initial suggestions on Storify under the title “Wakanda Syllabus.” Equally inspired by the history of black creative expression and cultural analysis, Dr. Greason also included many of the most compelling new works on Afrofuturism. Please continue to share your suggestions and resources on social media to engage new communities in discussion about the influences that remove these dreams from the category of black utopias and into the realities of black communities.

A Brother from Another Planet

Ngugi wa’Thiongo, The River Between

Tananarive Due, My Soul to Keep

Maghan Keita, Race and the Writing of History

Akinyele Umoja, We Will Shoot Back

Jeffrey A. Brown, Black Superheroes, Milestone Comics, and Their Fans

Janell Hobson, Venus in the Dark

Mel Watkins, On the Real Side

William H. Foster, III, Looking for a Face like Mine

Frances Gateward and John Jennings, The Blacker The Ink

Trevor Getz and Liz Clarke, Abina and the Important Men

The Amazing Adventures of Race in Comics

The End of Eating Everything

The Last Angel of History